Where The Wind Blows, The Mind Goes 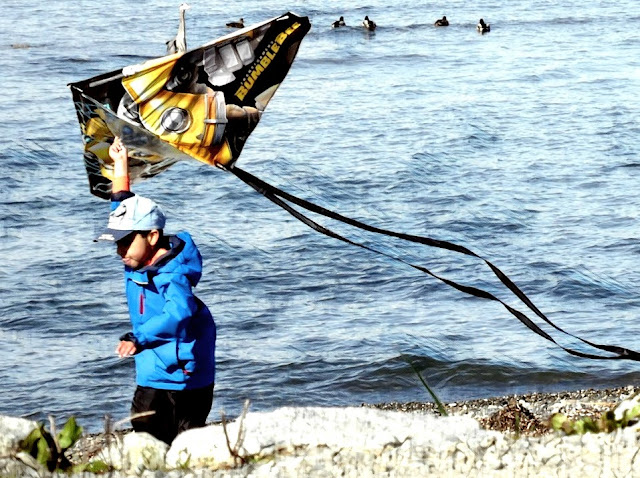 It's frequently breezy near the water's edge at Crescent Beach. That's when the kites come out. Some "butterflies" get stuck high up in the trees and nest there for months before taken down, their beauty of movement halted, tangled and sometimes torn. 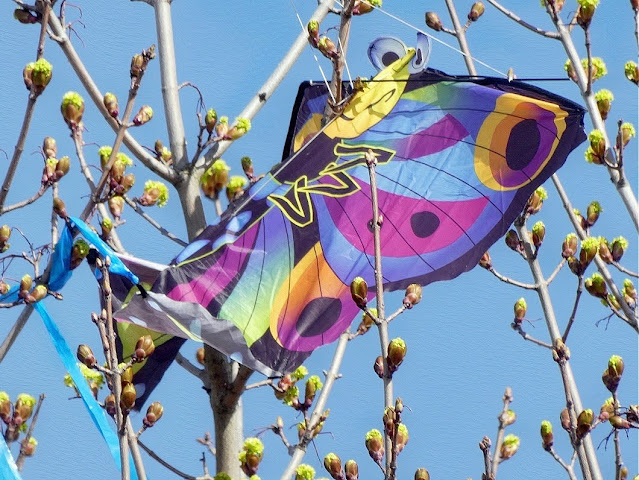 Birds with high-pitched screeches oversee it all, free to fly from the tallest branches. 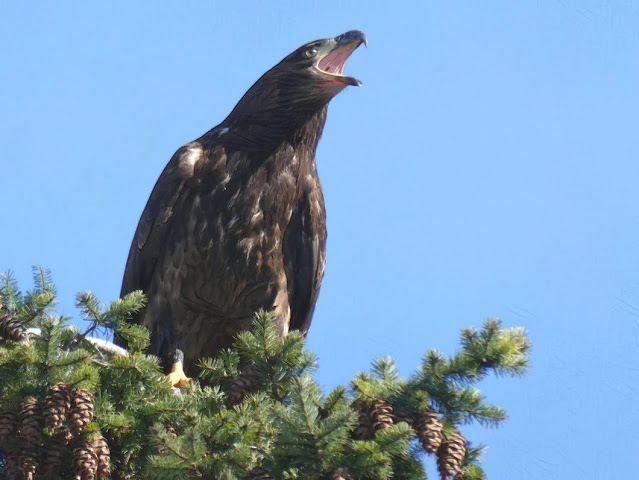 The stronger the breeze the more windsurfers (below) take to the sea. 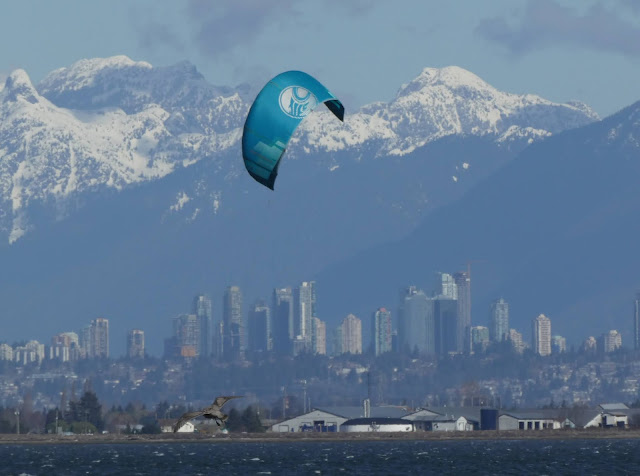 Their large moon-shaped kites are mere specks to the city dwellers across the bay. 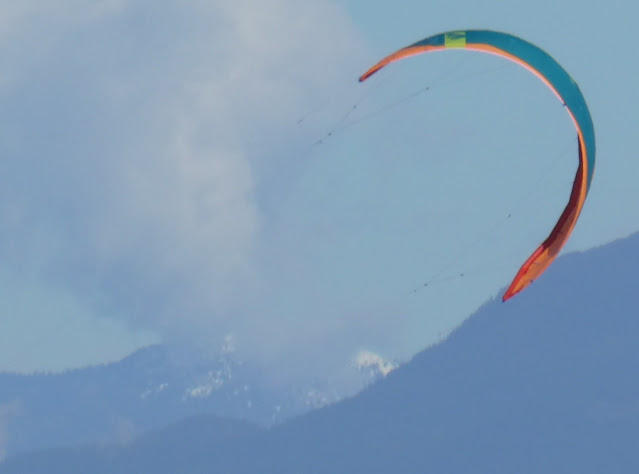 Rapidly moving air isn't visible to the eye but it is felt and its ghostly effects seen. 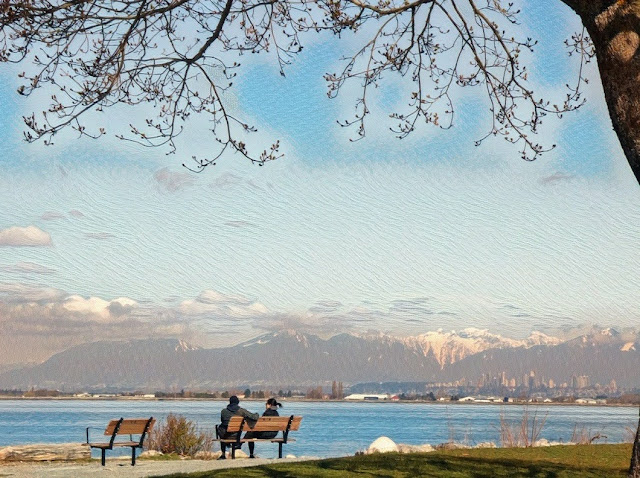 A couple appeared content to sit and perhaps dream while watching the wind whisk sparse clouds across the mountaintops.  Having a mind-adventure of my own and inspired by the painterly scene, a little photo editing set my imagination adrift. 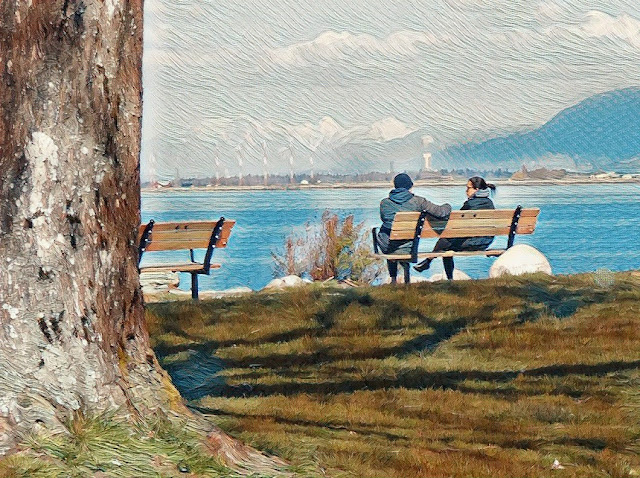 Would the pair be together for over 70 years the way Prince Philip and Queen Elizabeth were? Prince Philip died on April 9th and was my reason for selecting the tiara from my dusty photo files. Turbulent winds blew in his lifetime but commitment to country, a healthier planet, the well-being of his bride and loyalty to the crown were steadfast. 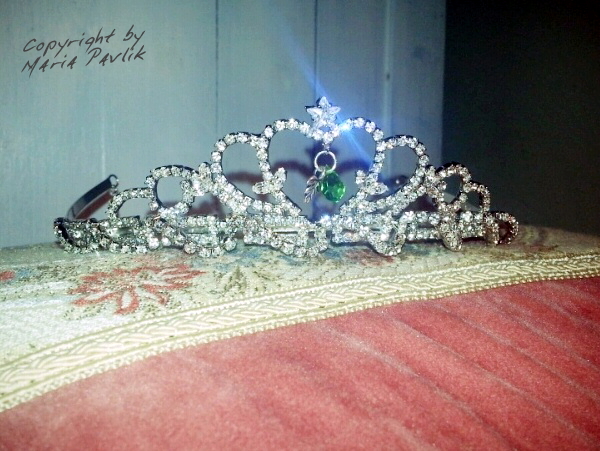 Explore more at OUR WORLD.

Because the state of our planet is the most pressing issue of our time, link up and learn about the Intergovernmental Panel on Climate Change (IPCC) Report.
Art Birds Crescent Beach Kite Our World 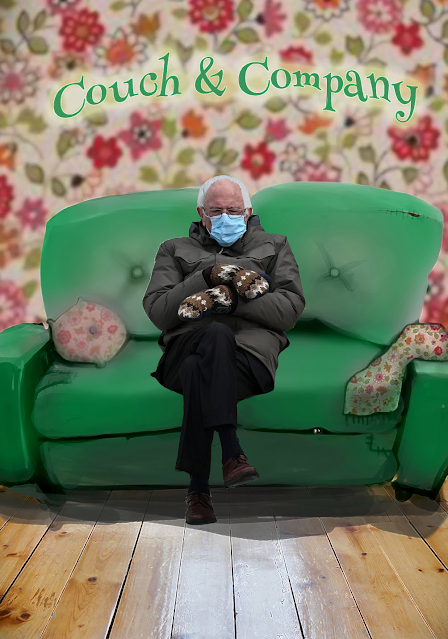 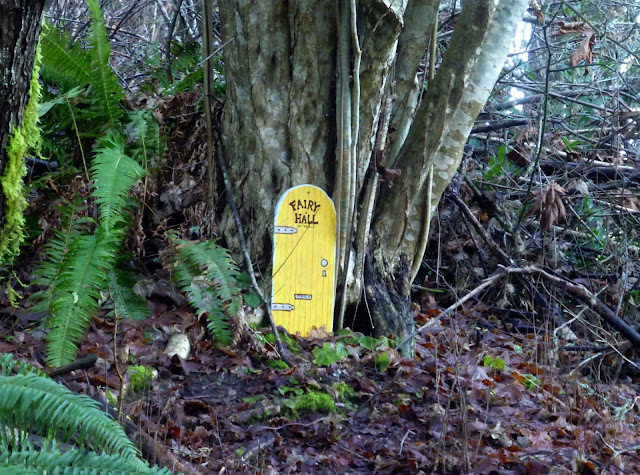 There it was ... a bright dollop of sunshine in a tangle of forest greens, browns and silvery grays. The yellow door snuggled against a tree said Fairy Hall and, in tiny faint lettering beneath, No Trolls . Oh, how I'd love to know what goes on inside Fairy Hall. I wanted to tap on the door but, a giant by comparison, I didn't want to cause a scare. I often take the Sandy Trail with its gravelly path, woodsy stumps, well-trod stairs, rabbits, birds and squirrels. I know every twist and rustling sound. But I hadn't noticed the small door before. This unexpected bit of whimsy magic tucked into the forest floor made me curious about what else was in the mysterious thicket I'd yet to explore. When I continued on my way, the trees leaned in ... as if they had something to say. Later, I found another door (below), welcoming but equally as difficult to enter. See OUR WORLD to explore more sights from around the globe and SIGNS, SIGNS . Still the kid I used to b
Read more 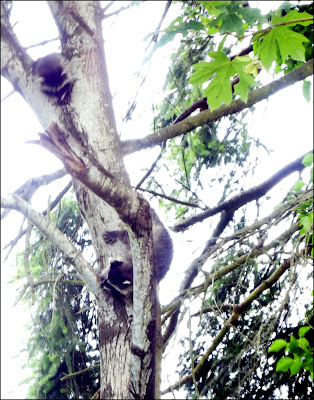 "The climb might be tough and challenging,but the view is worth it." Victoria Arlen DO YOU see them? It wasn't easy for me to spot this youthful brigade of five raccoon brothers and sisters clawing way up a ragged maple tree that has seen better days. They camouflaged nicely amid the grayish/brown bark, leafy shadows and flashes of sunlight. Although said to be nocturnal, these neighborhood critters remain active around the clock. Seeing five means there are likely 500 nearby. Their movements are sometimes comical and destinations repetitive similar to that of humans who routinely trek the same trails every day. Raccoons are trained to be great climbers almost from birth. Watch as one scales a 25-story building HERE . See OUR WORLD  to explore sights from around the globe. Still the kid I used to be Visit Postcards From Penelope Puddle and Penelope Puddlisms: BC Life Is A Whale Of A Ride to view more West Coast scenes. Because the state of our p
Read more

Tap the butterfly to BC weather 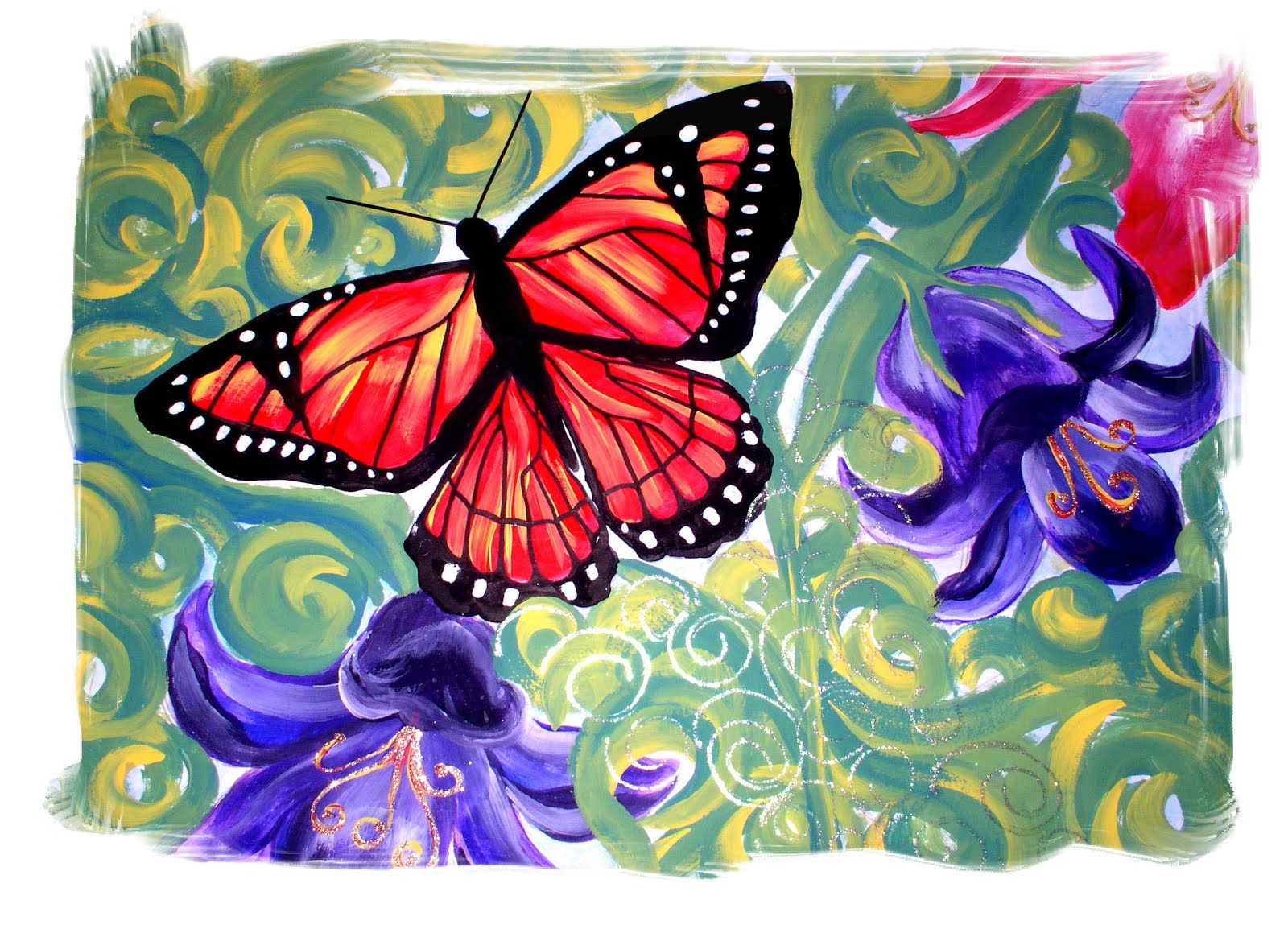 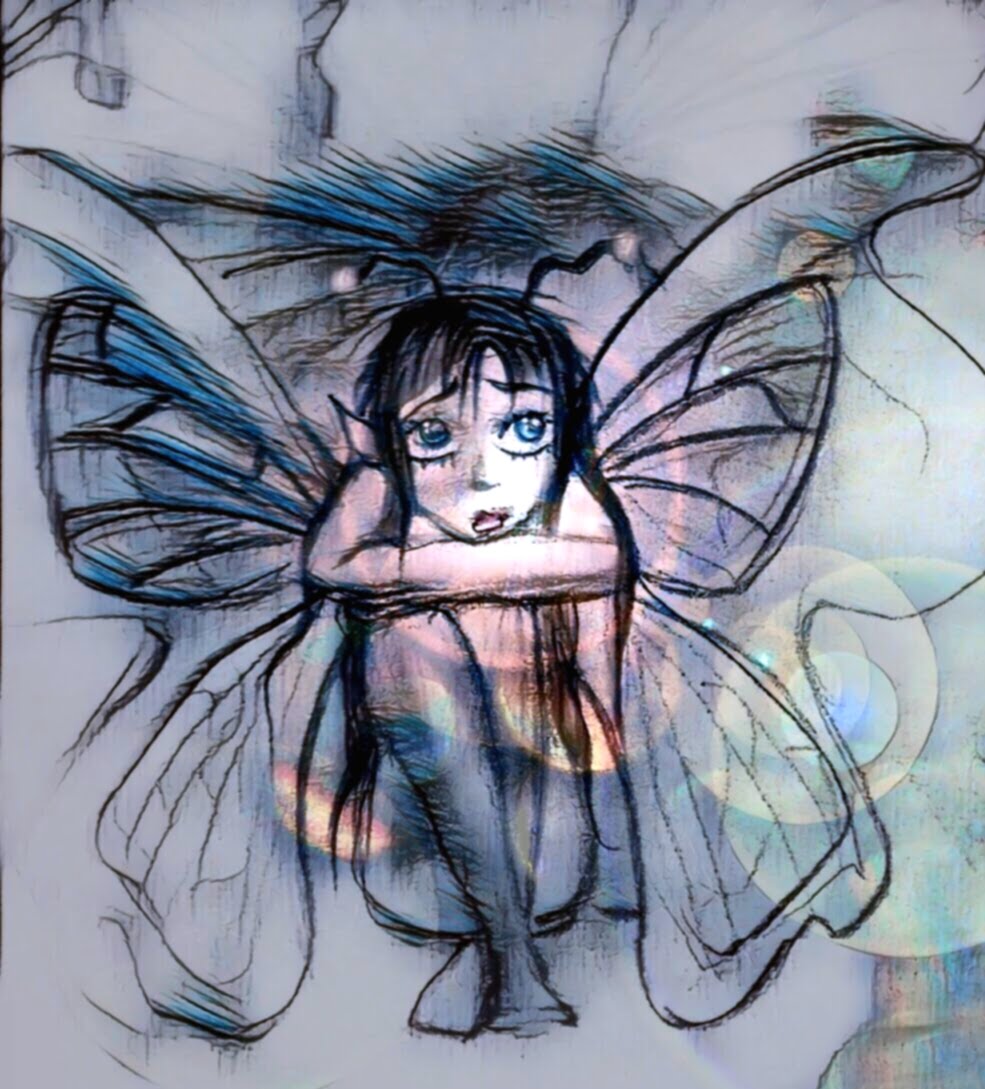