Showing posts from December, 2018
Show all

- December 29, 2018
“Hope
Smiles from the threshold of the year to come, Whispering 'it will be happier'...”
― Alfred Lord Tennyson 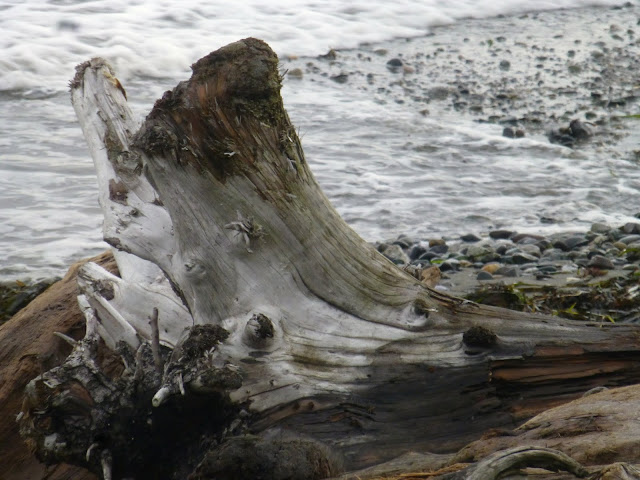 Crashing waves topped with sudsy foam slapped the driftwood on a windy day. 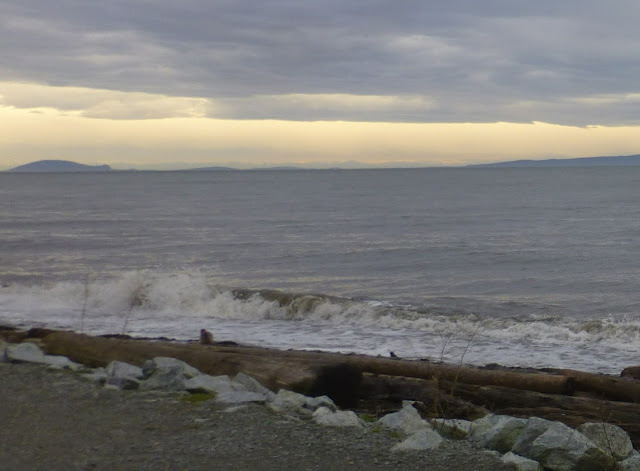 The sky brooded but slivers of gold were starting to lift the curtain of gray. 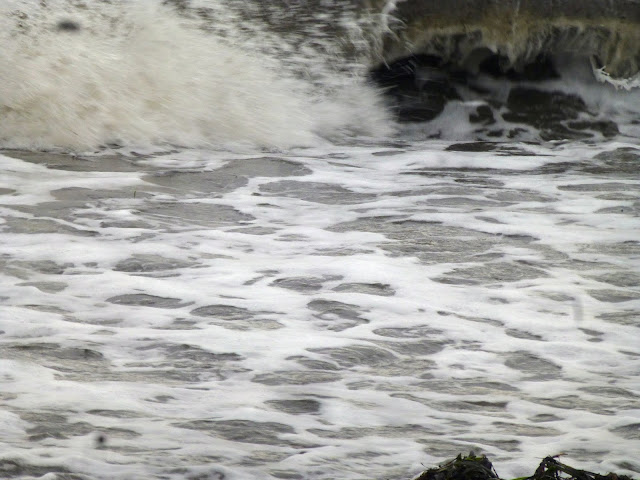 The agitated water scattered tangles of seaweed onto the gritty floor and scrubbed the pebbles smooth. With the smog chased away, each deep breath exhilarated my mood. It's just a date on the calendar but as I walked the Crescent Beach shore, I pondered how everyone everywhere was likely ready for a good cleansing of the old year ... eager for new tomorrows with no mistakes or untidy scribbles in them yet. 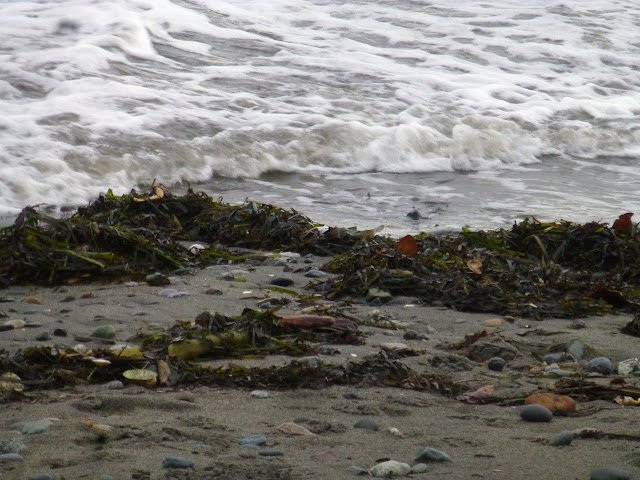 Later, as December waned further, the wind surged from giddy and splattering to wildly churning in the coastal region. The White Rock Pier tore in half during a vicious storm. Walkers suddenly ran for their lives. One man was trapped on the wrong side of the collapse and needed help. Watch his dramatic rescue by helicopter HERE. 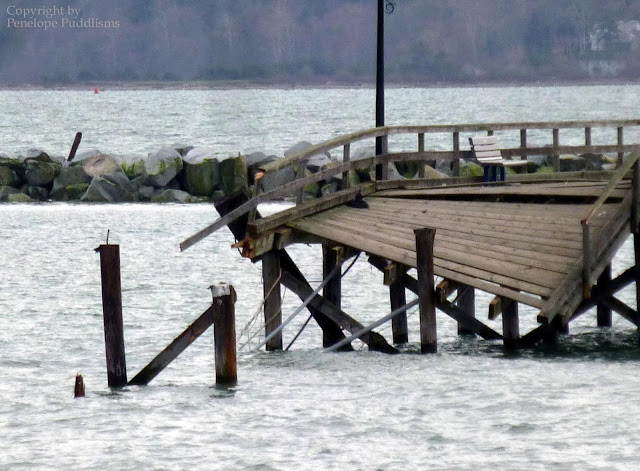 We went to look the next day when it was calm. A videographer stood on the broken piece of the pier (below) that had landed on the beach sand. 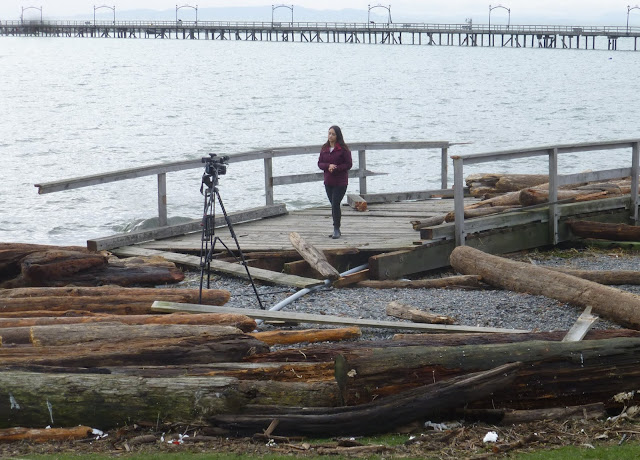 Apparently, the wind-battered boats docked at the end of the pier had been swept under the walkway splitting the boards apart during the storm. 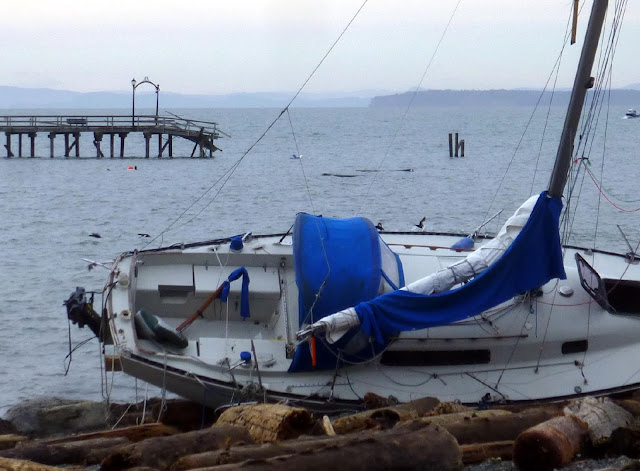 The heritage walkway first constructed in 1914 has withstood many changes and events, including a fire, over the years. It will take awhile but it will be rebuilt. 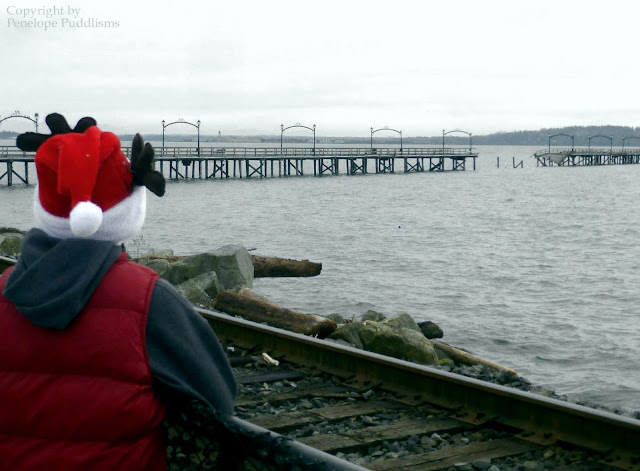 Below is how it looked before the storm and, no doubt, will again because people are resilient and most often have enough hope in their hearts for several fresh starts. 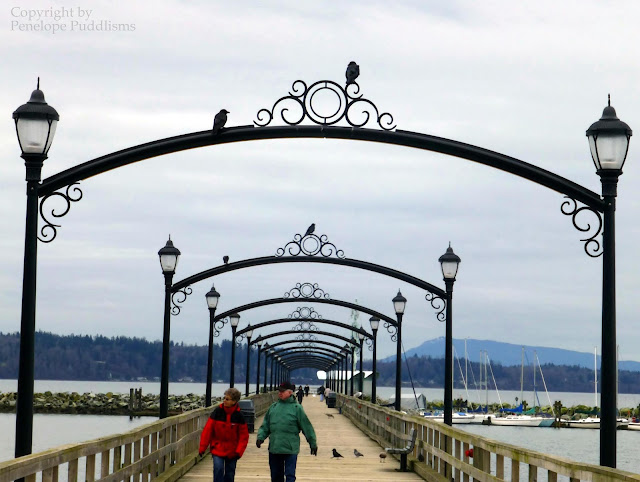 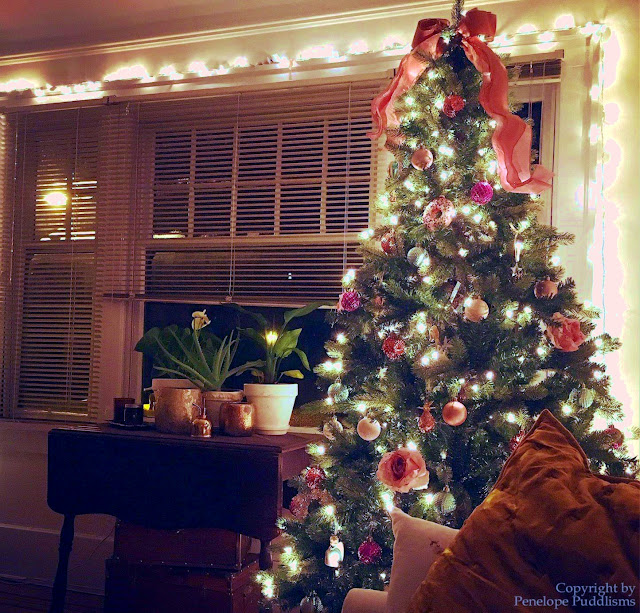 TALL and straight, the tree stood in perfect symmetry adorned like a gorgeous guest who knows how to bring both warmth and glamour to a room. The artificial evergreen at a Vancouver home I visited recently is the prettiest I've seen yet this season.

The tradition evolved from pagan rituals into a modern day art form that once symbolized the re-birth of spring and nowadays everlasting life. Years build as do ornaments and memories of Christmases when real trees were the only option.

This trimmed tree cozies up a home but at its core emulates starry nights with its strings of light and seeks to replicate the majesty of nature. So if the season snuck up early and made you feel a bit weary, I hope it inspires you the way it did me. 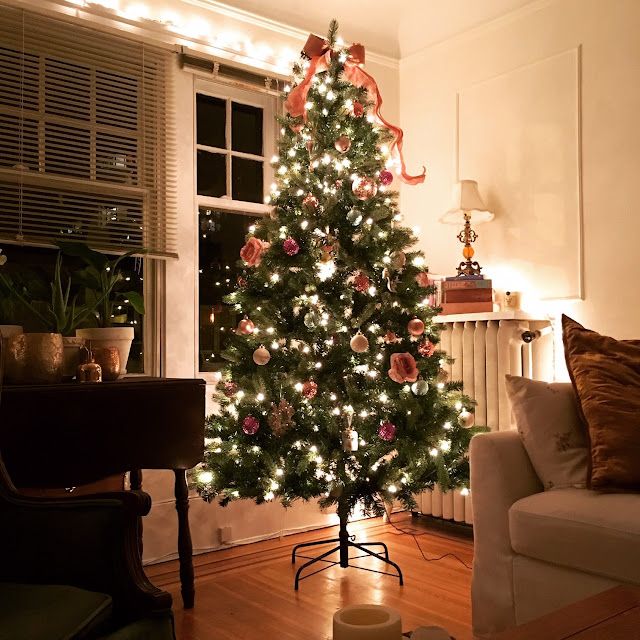