Showing posts from June, 2020
Show all

Several years ago my daughter and three friends sang "O Canada" in harmony with no instrumental accompaniment. Their voices resonate particularly as we approach Canada Day and contemplate this country's bounty and heritage. Officially becoming Canada's anthem on July 1, 1980, the tune was first sung 100 years earlier. Composed by Calixa Lavallée, the French lyrics are by Sir Adolphe-Basile Routhier. Robert Stanley Weir wrote the English version later. Do you like your country's anthem? National anthems set the tone of a country and instill belonging. The world's second-largest country, Canada sends a unifying message to a vast land. My wish is that this diverse nation strives more for goodness than greatness and is ever more just towards all. 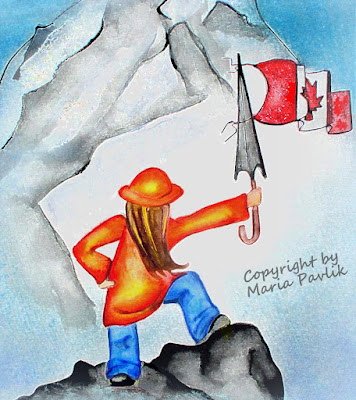 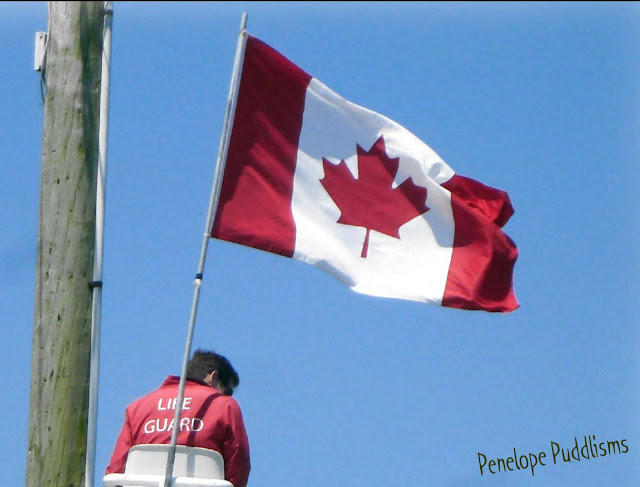 Explore more at OUR WORLD.

It's Not All Black & White 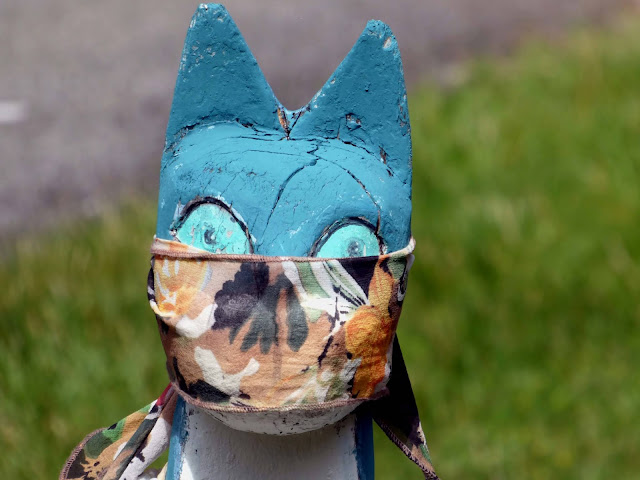 I've seen more, not less, wearing of face coverings. To me it's a sign of respect for the well-being of self and others. Masks are awkward but not as awkward as ventilators. (The cat above, photographed after writing this post, was added belatedly.) 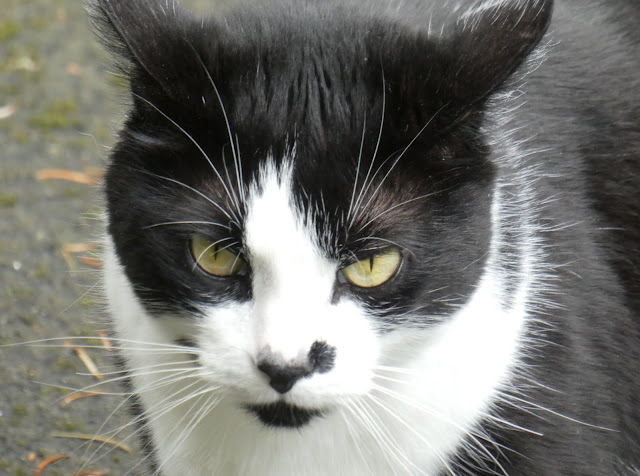 When I was small, I assumed cats were the female version of dogs that were all male. It made sense then. Cats were smaller and smoother. They didn't bark, they purred. 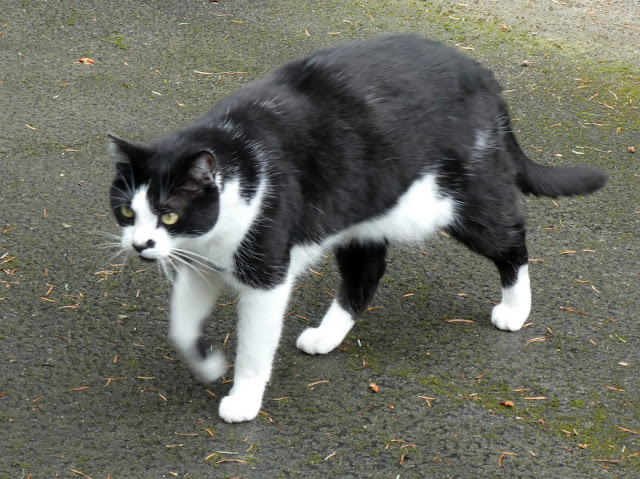 As I grew, I realized there were other sides to cats, genders, and everything else. Rarely is life as black and white as the pretty cat that recently crossed my path. 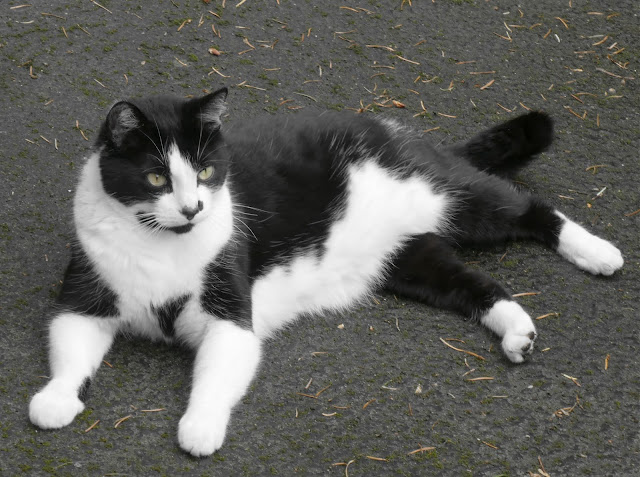 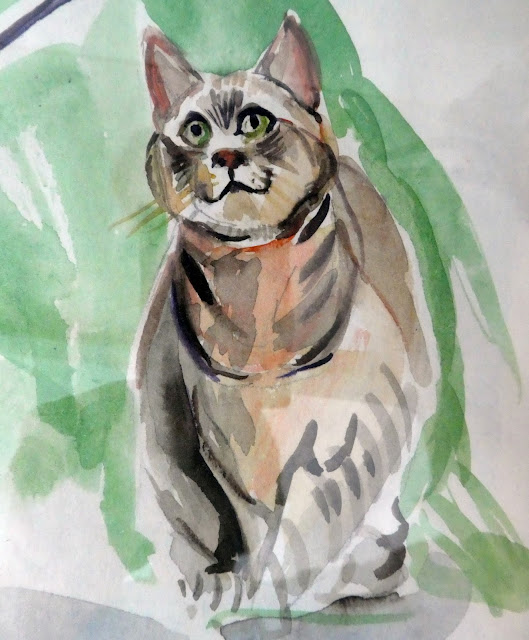 Cats come in many colours and make wonderful models, capturing the imagination of artists who love the multi-curves of their shapes and varied textures.

The watercolour (left)  is by my friend, Lenore, who since passed away but remains well-known as a White Rock artist. She often sketched her beloved cat, Harley. Way back in 1990, her painterly eye was focused on him while he focused on a squirrel nearby. 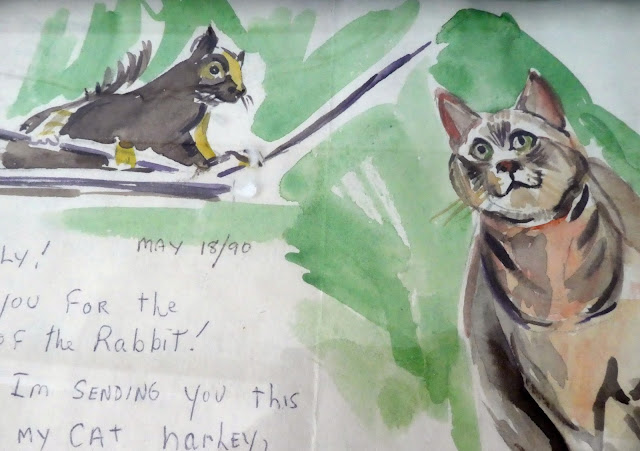 Explore more at OUR WORLD and SATURDAY'S CRITTERS.